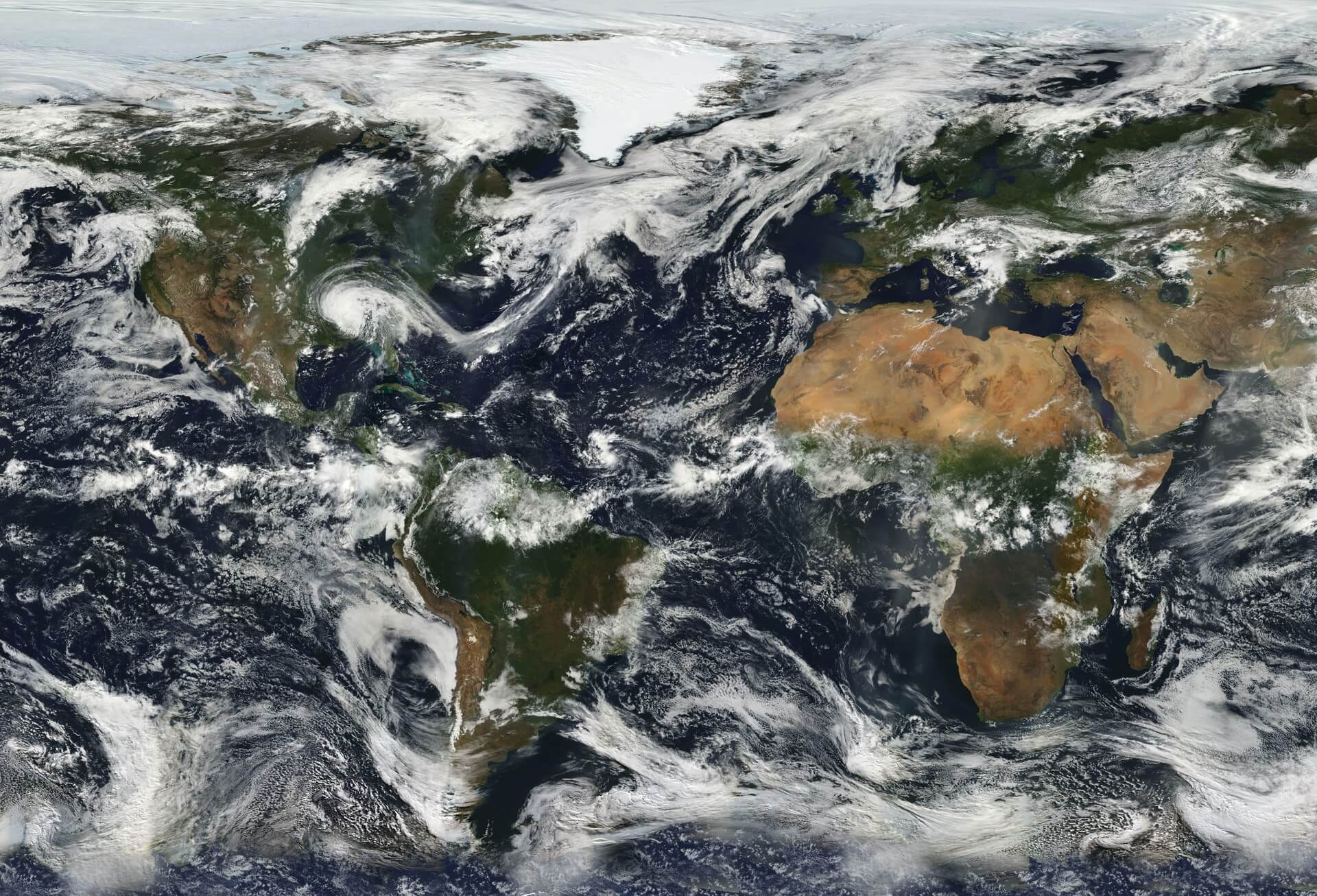 This resource page was written by Prof Hugo Lambert, who was part of the pop-up STEAMM Team.

Climate dynamics is the scientific study of climate and climate change. It is a broad subject, covering the behaviour of the atmosphere, ocean, land surface, and their interactions with each other and radiation emitted by both the Sun and the Earth.

Components of the climate vary on all time and spatial scales. Short term variations over days to a few weeks are familiar to us as weather. These are notoriously difficult to predict for more than a few days into the future partly because our ability to model weather is imperfect, and partly because small errors in our knowledge of what the weather is now can lead to large errors in our predictions a few days to weeks hence.

Natural longer term variations over months to years are known as climate variability. Like weather, some modes of natural variability are important but difficult to predict, such as El Niño, which is an upwelling of warm water in the eastern Pacific that has huge impacts on South America and tropical climate in general several times a decade. Other kinds of variability are more robustly predictable and understood, such as the progression of the seasons, which follows the march of the Sun North and South every year.

Climate change refers to changes in the state of the atmosphere, ocean and land due to factors external to the Earth’s climate system. Changes in incoming sunlight, the concentration of greenhouse gases in Earth’s atmosphere and the location of the continents have the ability to cause changes in the Earth’s climate over timescales of decades to hundreds of millions of years. As with variability, certain kinds of climate change are more predictable than others.

Prediction of weather and climate requires identifying and solving the climate system’s governing equations, which is known as weather or climate modelling. The strong interactions between the different parts of the climate system means that solutions of the equations are complex and normally require the use of a powerful computer.

Have a look at our video with Dr Stephen Thomson for an introduction to climate dynamics, and to understand how we use the same principles from understanding Earth’s climate to studying the climates of other planets in our solar system and even distant planets orbiting other stars (also known as exoplanets):

Previous: Climate Models
Next: Satellite Imaging
Back to the pop-up webpage