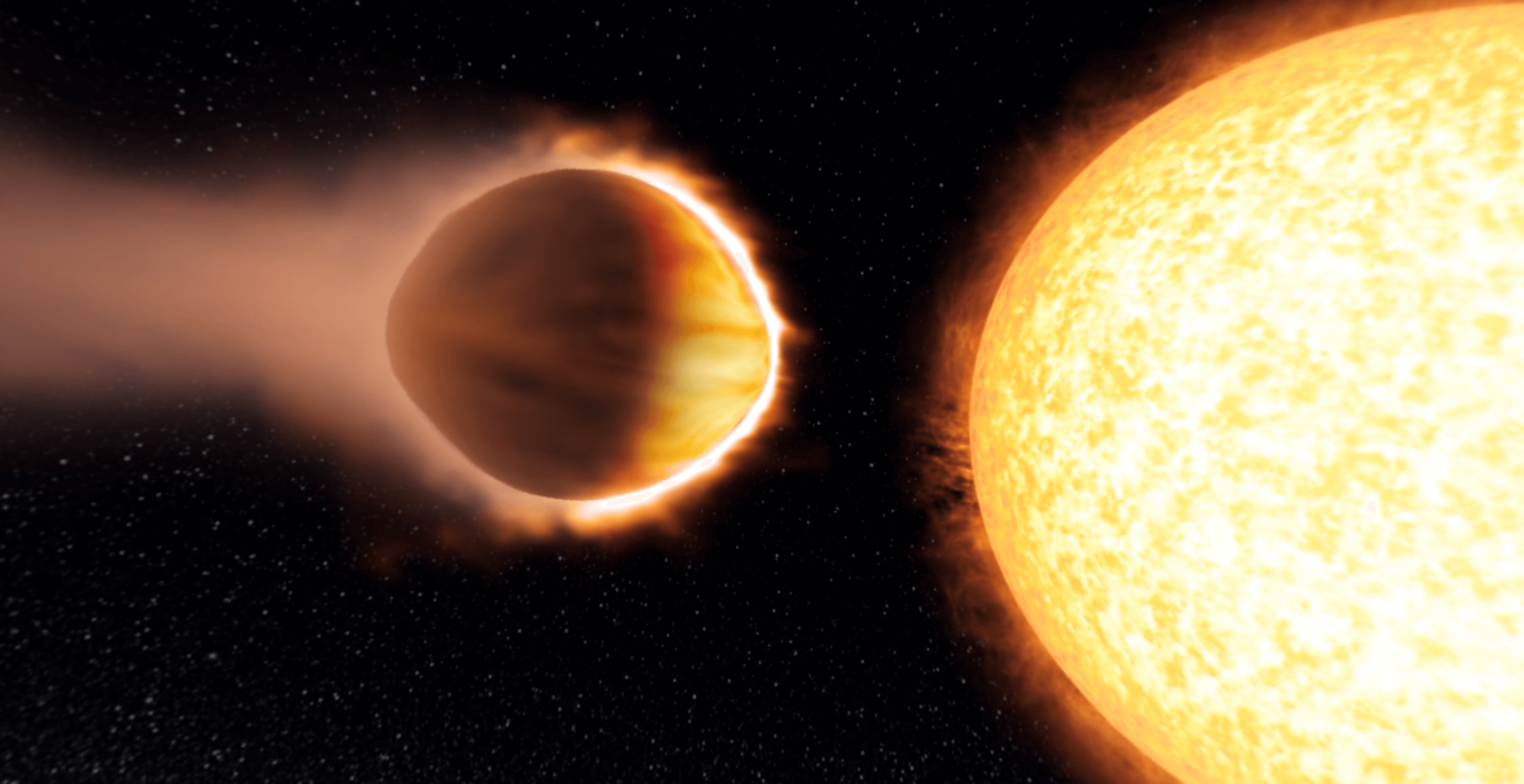 This resource page was written by Albert, one of our work experience students!

Exoplanets are planets outside of the solar system, orbiting an alien star often thousands of light-years away from us. So far, astronomers have confirmed 4000+ detections of these diverse alien worlds that range from massive gas giants, larger than Jupiter, to rocky planets only half the size of the Earth.

Exoplanets have been detected using a variety of methods. The two most common methods are the transit method and the radial velocity technique. In the transit method, we detect a drop in the amount of light reaching us from a star, due to an exoplanet passing in front of the star and blocking some of the light.

In the radial velocity technique (or ‘Doppler wobble’ method), the position of a star appears to wobble in the sky due to the gravitational pull of a planet (or planets) orbiting around it.

When an exoplanet is orbiting a star, the star in the system doesn’t stay still in the centre, instead it orbits the system’s centre of mass (called the barycentre). Very sensitive telescopes are used to measure this wobble in the star’s position and therefore determine the presence of an exoplanet, and its mass.

Find out more about the exoplanet research from the University of Exeter, featured in our exhibition, on their Exoclimatology webpage, and have a look at their lesson plan on exoplanets.

Previous: Climate Feelings
Next: Exoplanet Climates
Back to the pop-up webpage