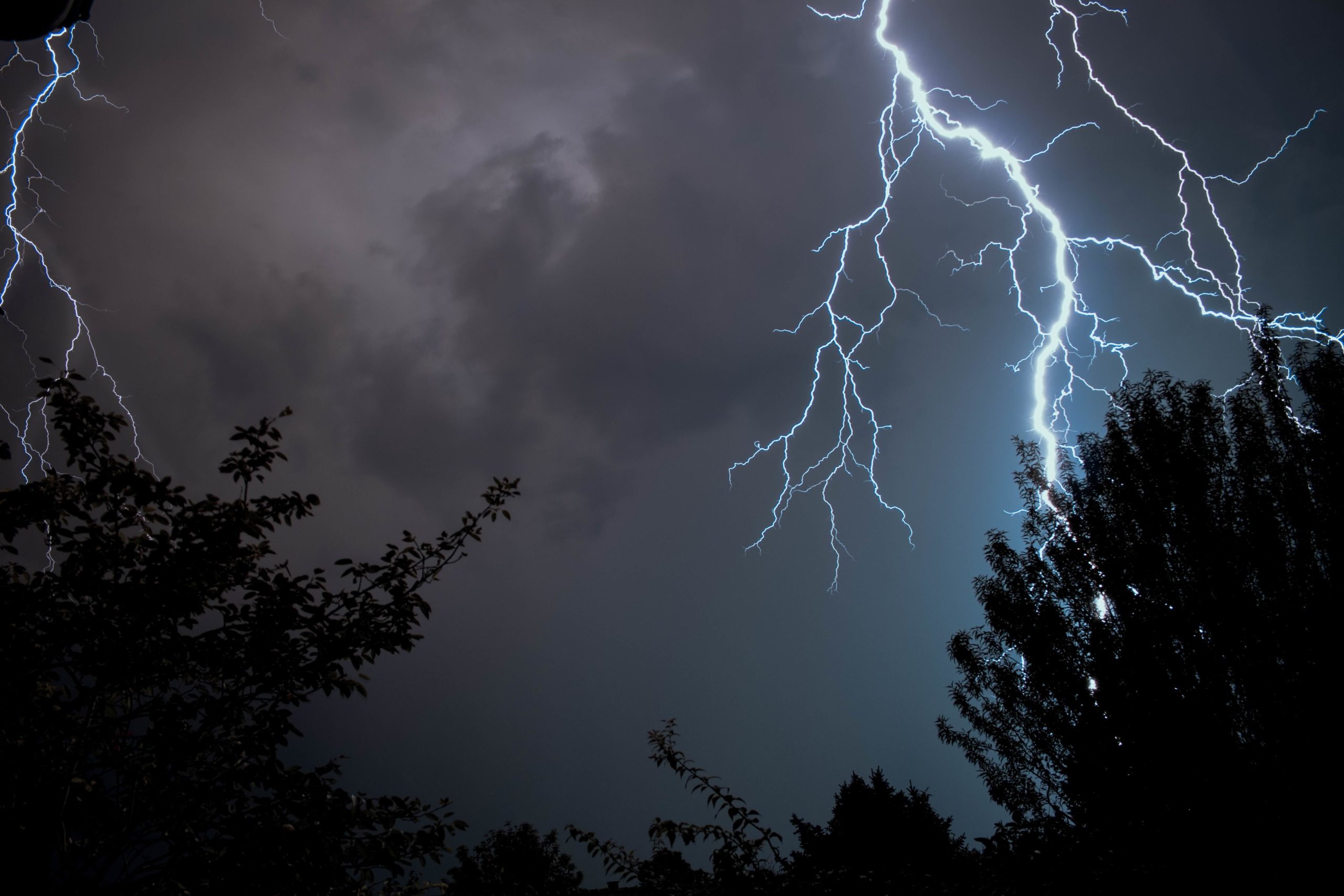 Electric skies:
What is lightning and how do thunderstorms work?

Image by Jonas Kaiser on Unsplash

Around the world, every day there are over 3 million flashes of lightning – that’s about
44 strikes per second. The beautiful bolts and characteristic rumbles of thunder are
instantly recognisable, but what actually causes them? And can you have one without
the other?

How does lightning form?

Clouds contain a mixture of water vapour, liquid water droplets, tiny ice particles and larger bits of ice (hail). As these particles move about within the cloud, they bump into each other and experience friction. This causes the particles to become charged, creating what’s called static electricity – exactly the same thing that causes your hair to stick up if you rub a balloon on your head for long enough. Essentially, the electrons from some particles get transferred to others, leaving some particles negatively charged (the ones that gained an electron) and some positively charged (the ones that lost an electron).

The positively charged particles are moved to the top of the cloud by updraughts (a fancy term for local winds within the cloud) and the negatively charged particles fall down to the bottom. As the negative charge builds up at the bottom of the cloud, it repels electrons on the Earth causing the ground to have a positive charge. The electrons in the bottom of the cloud are now strongly attracted to the ground – eventually this attraction becomes so strong that the air between the cloud and the ground literally breaks apart (into a form called plasma) giving the charge a path to flow between the cloud and the Earth. Flow of charge is called an electric current, driven by a potential difference. In the case of lightning, this potential difference can be up to 120 million volts – half a million times stronger than the mains voltage. That would be a pretty painful electric shock.

The current flow with such a high voltage from the cloud to the Earth generates an enormous amount of heat – in fact, a lightning strike is hotter than the surface of the sun. This heat is what we see as the bright white bolt in the sky.

And what about thunder?

The air around the lightning strike is being heated to temperatures hotter than the surface of the sun within a fraction of a second. When air heats up it expands, and this rapid expansion pushes the surrounding air, compressing it. Once the strike is over and the charge has finished flowing in that particular path, the air rapidly cools down again and contracts. This expanding and contracting creates vibrations in the air – also known as sound waves! So when we hear thunder, we’re hearing the effect of the lightning strike’s heat on the surrounding air.

How come you don’t see lightning and hear thunder at the same time if they’re caused by the same thing?

Light travels faster than sound, so the light of the lightning strike will reach our eyes before the sound of the thunder reaches our ears. You can use this to tell how far away a thunderstorm is: the longer the wait between seeing the flash and hearing the rumble, the further away the storm.

Can you have lightning without thunder? Or vice versa?