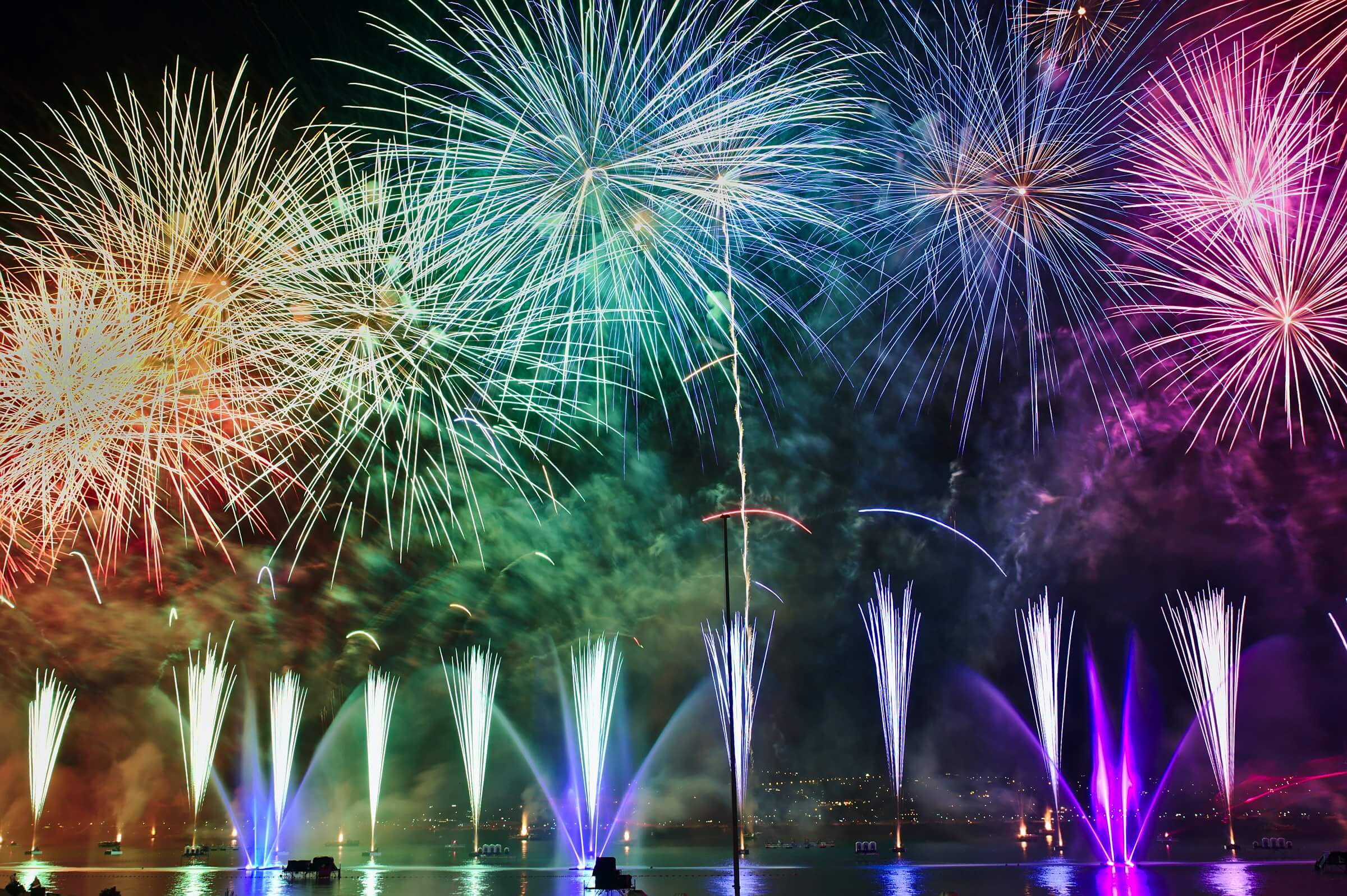 The science of fireworks

Image by Nicholas Tissot on Unsplash

Fireworks have been with us for centuries but the technology continues to advance and amaze us with dramatic colours, patterns, sounds and precision timing. So what’s the science behind these marvels?

Hopefully, most of us have at some point witnessed the beautiful colours and had our eardrums rattled by the explosions of a firework display, but fireworks are no new thing. They are believed to have been invented in China in the 7th century following the accidental discovery of gunpowder.

The very first firework was likely to be gunpowder (an explosive mixture of sulphur, charcoal and potassium nitrate, also known as saltpeter) stuffed into bamboo shoots which were then thrown onto a fire and went off with a loud bang.

Not only did this discovery pave the way for almost all future weaponry of war but also led to the parallel development of fireworks for entertainment!

Firework displays have come a long way from hand-lit fuses on ground-level fireworks to computer-controlled aerial displays with intricate patterns and colours, all synced with music.

What’s inside a firework?

The most common firework for big displays is called an aerial shell. The case of the shell is generally made of compressed paper and string. The shell fits into a tube called a mortar. When we’re ready to fire the firework, the fuse (which is like a flammable string attached to the shell) is lit, which directs the flame towards a gunpowder charge (called the lifting charge) at the base of the mortar. The gunpowder ignites and explodes which fires the shell up into the air, like a cannonball. This also sets fire to a delay fuse within the shell. This delay fuse can be designed to burn for an exact amount of time giving the shell time to reach its maximum height (which can be over 300m) before it then ignites the gunpowder bursting charge in the centre of the shell. The bursting charge not only causes the shell to explode but it also triggers whatever “effect” the shell is designed to produce. This effect might be bangs/crackles/flashes/smoke/colours or a combination! For example, the shell is commonly full of marble-sized compressed balls or cylinders of pyrotechnic mixtures called “stars” which, when ignited, produce particular colours. Each point of light that you see in the firework corresponds to one star in the shell.

One of the key chemicals responsible for the bang in the firework is flash powder: a mixture of aluminium powder (a metallic fuel) and potassium perchlorate (which is an oxidiser that provides oxygen to help the aluminium powder burn). A form of this was first developed for old fashioned flash photography as it burns very bright for a very short time. If it is ignited when confined in a small space, it also makes a very loud bang. This is where the bang in fireworks comes from. This is also a great way to ignite the compounds which produce the famous colours in a firework.

Different chemicals will produce a different colour when burned. Hopefully you’ve done flame tests in school and seen various chemicals being held in a bunsen burner and producing beautiful coloured flames. Flame tests are used in chemistry to detect the presence of certain metal ions (atoms with electrons added or knocked off) because some metals burn with a very distinctive colour. For example: strontium = red; calcium = orange; sodium = yellow; barium = green; copper = blue; magnesium, aluminium and titanium all burn white.

If you give an atom some energy, for example through heating it, the electrons in that atom will jump to a higher energy state. They are not stable here, however, and when they fall back to their original energy state they give out some energy in the form of light. The particular colour (or wavelength) of the light given out corresponds to the specific gap in between those energy levels. Every atom has its own unique set of energy levels and therefore its own unique colour fingerprint (or spectrum).

The “stars” within the shell can be arranged into the shape that you wish to appear in the sky. The stars generally comprise: a metal salt for the colour (for example for red, strontium carbonate is often used); an oxidiser (such as potassium perchlorate) to provide oxygen for the fuel (such as charcoal) to burn; all bound up together with rice starch. The composition of the stars and the size of the grains in the powdered pyrotechnic compounds are generally designed to slow down the reactions so that the explosion and afterglow last as long as possible in the sky.

How are modern displays so perfectly timed?

If you’re lighting fireworks at home you need to hand-light the fuse at the bottom which delays the lighting of the lifting charge and gives you time to get to a safe distance before the explosion. For bigger displays though, the technology is now pretty advanced and everything is controlled from computers and ignited using electrical ignitors! Each shell (fuse) is connected to its own electrical igniter which can be controlled from a computer and timed incredibly accurately. The electrical igniter is essentially two copper wires connected to either terminal of a power supply with a short bridge between the wires made of a graphite. When a strong current is passed through it, the graphite heats up quickly and ignites a flammable coating which then ignites a short fuse on the shell. Every electrical igniter cable feeds into junction boxes, which in turn connect to a central controller, which is connected to a laptop computer. The laptop allows you to design and control the timing of the display with great precision. Much safer and means you get to see awesome displays that are actually timed with music!

And here’s Professor Chris Bishop giving an excellent Royal Institute lecture on the “Science of Fireworks” with loads more information and some excellent demos: