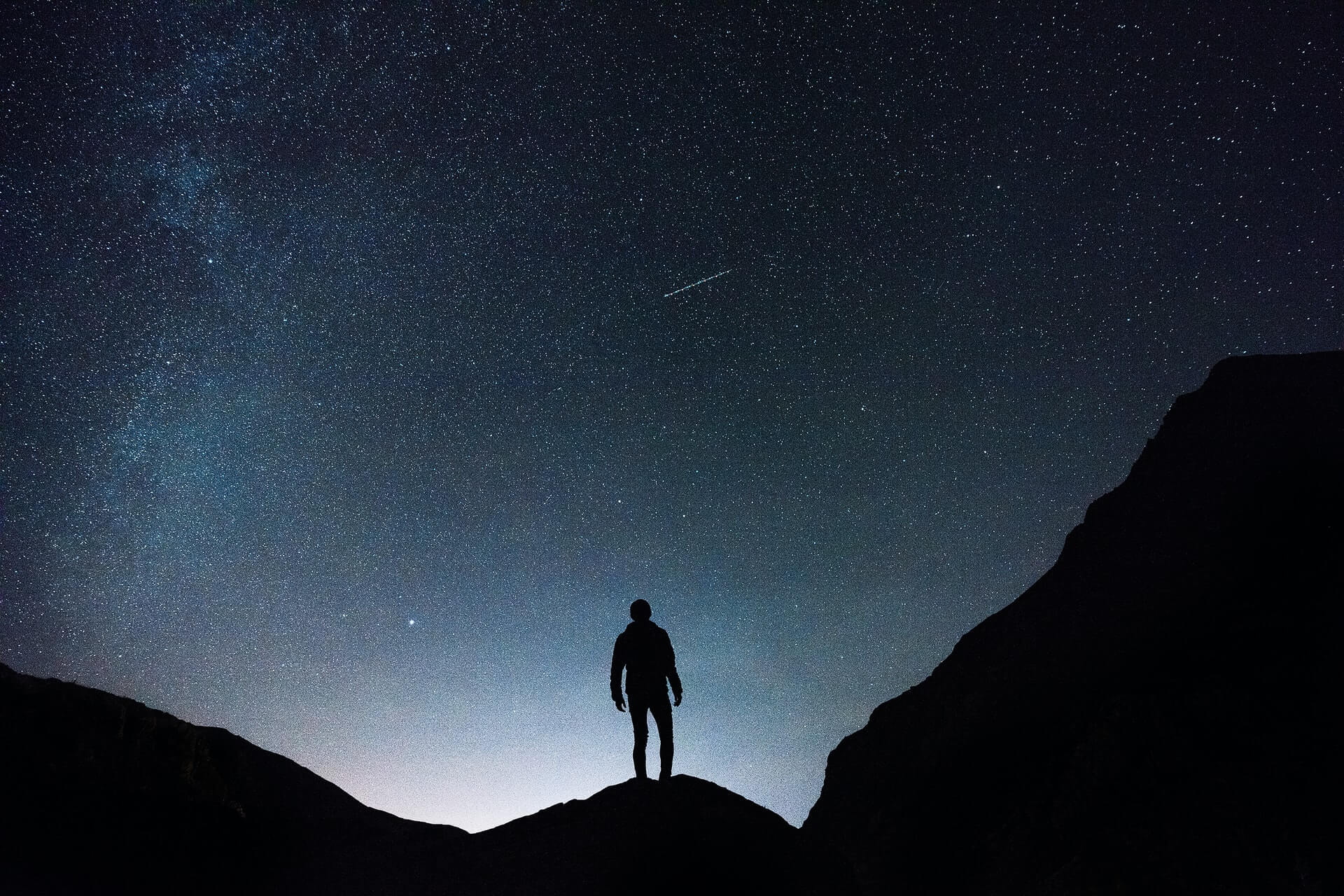 Image by Joshua Earle on Unsplash

Find out what’s in our night skies throughout October, and how to see them with the naked eye! Wrap up warm, head outside and explore the heavens this month, as part of World Space Week (4th-10th October) and beyond.

If you’ve ever looked up and wondered how on Earth (or actually, not on Earth) to make sense of all the white dots, you’re not alone. Is it a planet? Is it a satellite? Or just a flight returning from Malaga? This article will give you a heads-up on what to look out for and when, plus tips on how to look in the right place!

The World Space Week theme this year is “Satellites improve life”, so it’s only fitting that we should try to spot them while stargazing! The brightest is the International Space Station (ISS), a huge, orbiting laboratory, the largest artificial object in space. You can spot it most nights by checking this site, and it’s easiest when the max height (the angle above the horizon) is over 40 degrees or so. To spot other satellites, try this site. In both cases, be sure to change your location if you aren’t in Exeter!

Mars, Saturn and Jupiter – all month

Planets can be seen in the night sky using only the naked eye, in fact they’re often easier to spot than particular stars due to their colour. Throughout October, you’ll be able to see Mars, Saturn and Jupiter without any equipment.

Mars reaches its closest point to Earth on the 13th October – look for a bright red spot coming up from the horizon in the East at around 19:30, getting brighter and easier to spot as the night goes on. Pro tip: if you have a telescope, try looking for some surface features such as the polar ice cap! Mars can also be spotted almost next to the Moon on 3rd October.

Use this sky chart to find out when and where to see Jupiter and Saturn throughout the month, particularly on the 22nd October at 18:30 BST looking South.

The month is topped and tailed by a full moon this year, making the one on the 31st a ‘blue moon’ (yes, that is a real term!). Sadly, this doesn’t mean the moon will actually appear blue. There will be a ‘new moon’ on the 16th October – the side of the moon facing the Earth will be entirely in shadow, so to us it appears dark/invisible.

The Orionid meteor showers, coming from the constellation Orion, will be particularly bright between midnight and dawn on the night of 21st-22nd October, with predictions of up to 25 meteors per hour! The constellation will be visible from around 22:15 BST in the East towards the horizon, however meteors should be visible across the sky. The shower will peak late night/early morning so bring a chair and a hot drink if you want to make the most of it!

Orion can be easily spotted by looking for its ‘belt’ – the three stars in a row at the centre of the constellation.

Image of the constellation Orion (right) by Mouser, Wikipedia.